The Hyundai i800 will easily cater for the family with a larger brood and it’s long enough to put some distance between the driver and even the noisiest offspring. 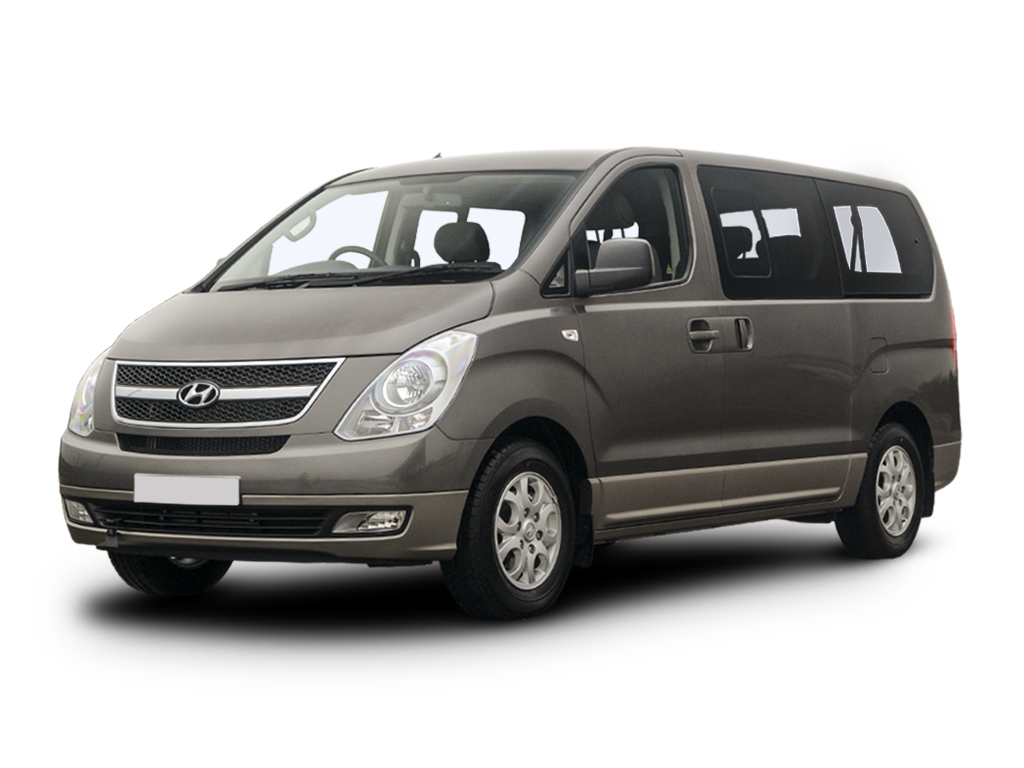 It isn’t exclusively aimed at families however as the i800 will actually seat eight adults in comfort and has space for luggage too.

It’s not a bad looking motor either. Admittedly style was probably the last thing on the mind of Hyundai’s designers when it came to the i800, but they still managed to give it an attractive face with large headlamps and a prominent grille. The interior is a pleasant place to be as well.

There i800 comes with a raft of standard equipment. Mood lighting is available in the middle and rear rows with a choice of colours and the dark tinted rear windows provide both privacy and a cooler cabin.

The i800 is mechanically surprisingly refined. Despite its size it feels more car like than you might imagine – but with the added benefit of being quite high up.

The only drawback is the inevitable lack of rigidity in a van-based bodyshell with no internal bulkheads. So humps and hollows bring quite a lot of squeaks and creaks from the rear – although pack the i800 out with kids and this will not be noticeable.

The price-tag makes up for any deficiencies though as for this type of vehicle it’s exceptionally friendly to the bank balance.

Durable is the rule of thumb here. The dash is covered in hard plastics, the seat coverings are more plain than plush and the carpets should stand the rigours of the kids’ football team. The i800 can be expected to last the assault course of family living without too many dramas.

Even with eight on board there’s plenty of room for shopping and luggage and the large sliding doors make life much easier in tight parking spaces.

One word of warning though – the i800 is so big that for the less confident driver its sheer size could prove a bit daunting around town. Added to that it is too tall to fit in most standard public car parks – but with the amount of space on offer, hunting around for a parking space may be worth the hassle.

As well as offering a tremendous amount of motor for the money, running costs are reasonable too as the i800 is surprisingly easy on the juice – even with full load of passengers – while a five-year unlimited mileage warranty provides peace of mind.

Both rear benches feature a 60:40 split fold and recline facility.

All the controls are simple for the driver to use as they are conveniently placed.

The i800’s driving position is fantastic with a superb view of the road ahead. The driver can look down on most 4x4s and vans, so get behind the wheel and it is a real ‘king of the road’ moment.

The enormous windscreen offers a great view of the road ahead and the large mirrors and standard parking sensors take the stress out of tight manoeuvres as does the light steering. There’s separate airflow and lighting controls for passengers in the back.

The i800 is powered by a lively 2.5-litre diesel engine which produces massive pulling power. It is coupled to a six-speed manual gearbox which is easy to use.

The ride quality can get a bit lumpy on uneven surfaces but it is fine on smooth roads and motorways. Handling is okay while the brakes are very powerful and up to the task even when the i800 is fully loaded.

The i800 is a tempting value-for-money option for anyone who has a large family or a business need to carry a lot of passengers and luggage.

As far as the environment is concerned, if the i800 is used to carry eight people, its per-seat emissions look pretty good.

The i800 is not the best when it comes to airbags, making do with just two up front with no side or curtain ‘bags fitted – but at least stability control is included as standard and all of the passengers get a three-point seatbelt. Remote central locking is included.

As you would expect from Hyundai the i800 is extensively equipped. There’s air conditioning, alloys, remote locking, CD player and a heated seat for the driver. The stereo comes with auxiliary input plus six speakers. Satellite navigation is an optional extra.

The Hyundai i800 is one of the best value eight-seater people carriers around as it’s huge in every possible way – except for its price.

This entry was posted in Clean Cars. Bookmark the permalink.